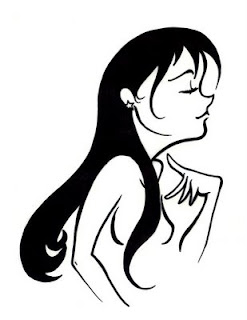 I am an admirer of the man named Rea Irvin. He was the man responsible for running The New Yorker for years. He was the Art Director, Cartoonist and all-around go-to guy. Without Rea, it wouldn't have been the same. He drew a character named Eustace Tilley, who graced the cover of the first issue, and many since 1925. He became the mascot for the periodical and an American icon. Look up Rea Irvin and see what he did. Anyway, I was looking at Eustace and decided to do this sketch up in that style. Very minimalistic.

So here you have Eustace Tilly. I just thought it would look cool.
D
Posted by Unknown at 5:26 PM