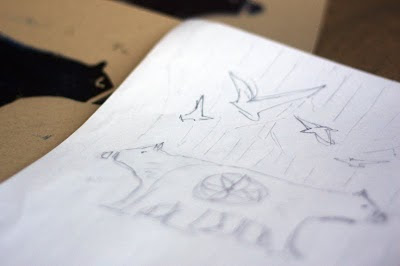 After we'd met through our blogs, I decided I wanted Designer and Illustrator, Donny Gallagher to guest post. The stars finally aligned and we made it happen! Although the story is about a dead design having new life breathed into it, it also deals with the larger subject of repurposing old design work for a new client. Many think repurposing is unethical, but we'd like to hear your thoughts. Donny did an awesome job, in my opinion. Without further ado...

It’s always fun when new life gets pumped into a dying, or in this case, dead project. I think we can all agree on that. Originally set for a nature, recycling and restarting-themed poster design, this illustration started, stopped, died and was reborn.

Only a few sketches in, for one reason or another the original poster project fizzled. Digging my own sketches (I tend to do that at times), I pushed forward with a few late nights here and lunch hours with carrot and computer in hand and developed a finished illustration. By then, of course, it was nothing more than a personal piece I posted on my blog and moved on. 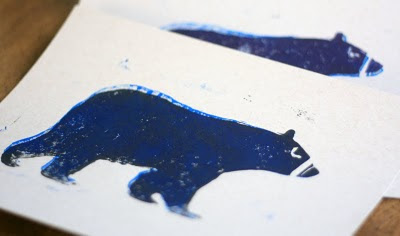 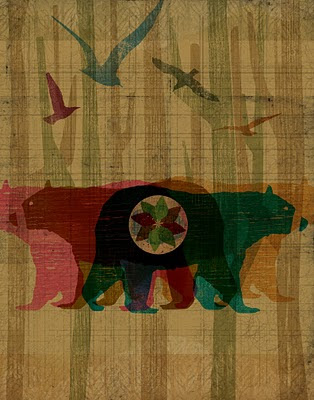 Sometimes when one project dies, an even larger one is born. Late in 2010, after seeing some of my work online, a musician contacted me about using the illustration, claiming it perfect for his album. He sent a copy of the unfinished album and what do you know? We were a match. The themes in the songs had the original concept in mind. The project, still in progress will allow me to use the illustration in a few different ways, which beats the hell out of its original purpose.

The original illustration is a mixture of linocut and digital techniques. The bears were hand drawn on linoleum and cut. I made a number of black ink pressings that were then scanned. I also cut textures in linoleum, which were also pressed and scanned. Using these scans and many Photoshop layers, the final illustration was created.

A square format of the illustration with additional type and design will be used for CD/album covers. The bears were redrawn digitally to be used (hopefully) for a screen-printed t-shirt. Depending on the budget — oh, those pesky budgets — the shirt may be printed by digital transfer. The same design will be used on tour stickers. Also, a yet-to-be-designed tour poster using the full illustration with added tour info will also be created and likely printed off-set on uncoated stock. 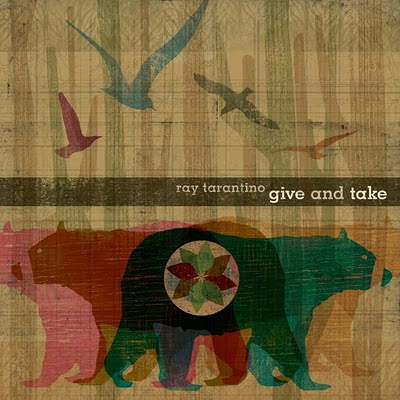 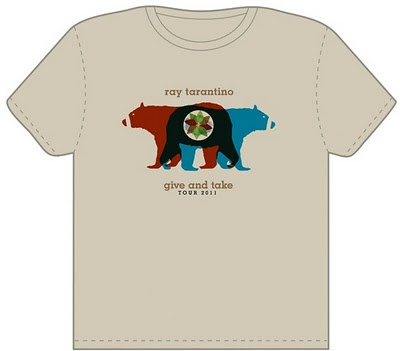 Have you ever had a dead project rise from the dead? What do you think about repurposing old designs for new clients? Is that fair to every client? Leave a comment and let us know. For more on Donny, go to http://design.clangboomsnap.com