A Clown Girl, a Cat Burglar and a Vigilante

I recently participated in an Artwalk event here in Southern California by showcasing some of my work and it was a success. The theme was Comic Books, and it gave me the chance to work on some of my favorite DC Comics characters. I hope to have some actual pictures of these 1/2 inch gator-board posters (21"x29" actual size) to share real soon. I showed 6 pieces total, but this is just 3 of them which many lovingly referred to as the Gotham Girls. My approach throughout these pieces was to give them a very animated and somewhat muted feel, but the main theme was that of using negative space. That's the space around and between the subject(s) of an image. I had such an awesome time doing these and will be doing more as time allows.

Here's a little description of each of these ladies if you're not familiar...

Harley Quinn: Known as the Joker's female sidekick and lover, she was once a very accomplished psychiatrist who ended up in Arkham Asylum by volunteering to psycho-analyze the Joker. She ends up falling in love with him instead and breaks him out of the Arkham. 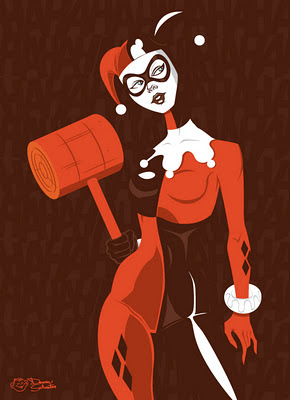 Batgirl: The Daughter of Police Commissioner Gordon. Barbara Gordon was inspired by Batman and Robin's mission and started crime fighting herself. She had a short career as Batgirl, after the Joker paralyzed her by shooting her through the spine, but she was redefined when she became the computer hacker known as the Oracle. She would feed intel, not only to Batman, but to all the heroes she was in contact with. She recently returned to her role as Batgirl. 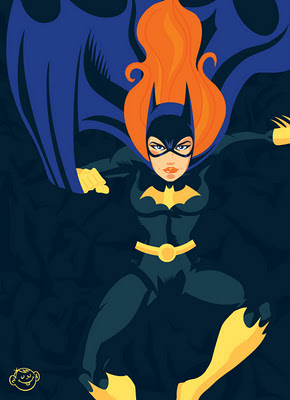 Catwoman: Do I need to explain who she is? Selina Kyle is a pop culture icon after all. She was originally a villainous, who made Batman's life very complicated, but in recent years she's become more of an independent, anti-hero. She always looks out for number one no matter what, and loves to torture Batman any chance she gets. She is not a woman you can mess with. 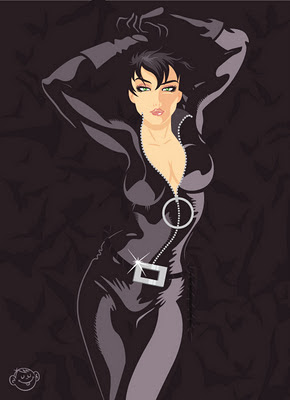