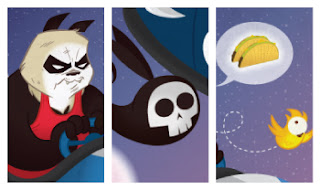 When I was a kid I was heavily influenced by animation. Some of my favorite cartoons were the Looney Tunes, Tom and Jerry, Felix the Cat, and Popeye. And animators like Chuck Jones, Tex Avery and John Kricfalusi inspired the work I do today. So when I started to work on this illustration, I really wanted to make it look like a scene from a cartoon. The big guy is Pandamonium, a not-so-nice panda from Boston. On this particular night he's got a very specific craving... for tacos! But not just any tacos...

I think Jack-in-the-Box tacos were created by the devil himself. They're so bad. If you want proof, ask yourself if you (or anyone you know) ever had two tacos during the day. I bet you just said no. That being said, it doesn't make them any less delicious. And they're only a dollar! Further proof!

Anyhoo, the stragglers are a pack of Cyclopees and a couple of Izzis (I-ZEES), because you should never have food that's incredibly bad for you, by yourself.

P.S. Jack-in-the-Box corporation did not pay me a cent. 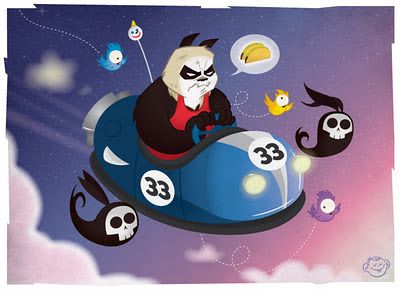 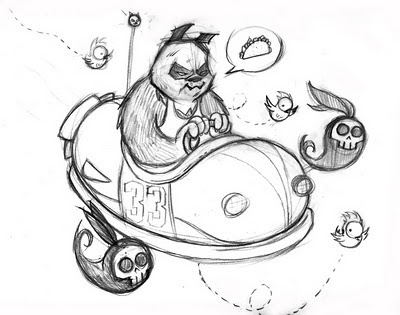