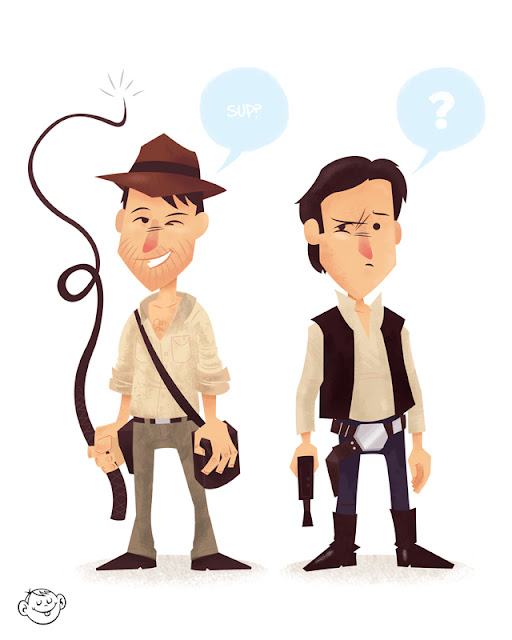 I decided that from now on, at least once a month, I'll be premiering a new illustration here on the blog that won't be seen anywhere else. Like I've mentioned before, I really enjoy working on personal projects. They keep me sane and the stuff that I've been dreaming up have a lot to do with my childhood and growing up in the 80s. That was the best time to grow up as a kid, because of the movies and music that were present. Two of my favorite characters that came out of that era were Indiana Jones and Han Solo.

I have fond memories of playing with my kid sister and pretending that I was Indiana Jones and that we were trying to escape from a cave where the carpet was lava and our pillows were rocks. I didn't have a whip, but my belt made a good substitute. And Han Solo was the coolest, much cooler than the whiny Luke Skywalker. So I wanted to do something fun with this illustration and I think I got it. Let me know what you think of "Perfect Strangers".

Bonus Sketch
Posted by Unknown at 8:55 AM