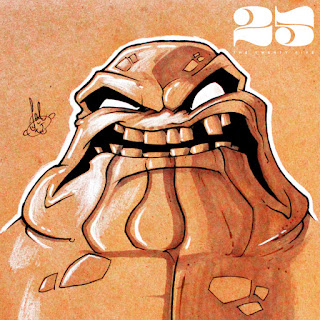 Growing up reading comics I never cared for some villains because they were either too hokey or just not a big enough threat for the hero. Clayface, and his many incarnations, was one of those villains. Stupid costume, lame powers and a lack of interesting stories put him on the lame Batman villians list. Then a little show named the Batman animated series came along and changed all that.

Finally, the character of Clayface was streamlined and made to work. Now he was a famous actor named Matt Hagen and doing odd jobs for the "business man" Roland Dagget. Dagget Industries created a clay-like beauty product (Renu) that allowed you to smooth away the wrinkles and blemishes with just a dab -- plastic surgery in a bottle. Previously, Hagen (Clayface) was in a terrible car accident that disfigured his face and left him with no choice but to give up his career. Renu was his saving grace, but it came at a price and Matt becomes highly addicted. Dagget betrays Matt and orders his men to "take care" of Hagen. They drown him in Renu and is left for dead. What they didn't imagine is that the chemicals in the formula would break down his molecules so that he could now morph into anyone or anything.

Hagen seeks revenge, and of course Batman gets involved. Since then the character has been much more interesting and has even made an appearance in the New 52 Batman book. His powers now allow him to actually become the person he's impersonating down to the DNA. He's one of my favorite Batman villains or villains in general, but it was the animated series that made that happen. Now he's a mainstay in the comics, animated series' and even the video games. Just goes to show there are no bad characters, just bad stories. This piece is up in the store.

Thanks for reading and come on back on Friday for a special surprise.

Fun Fact: Ron Perlman (Hellboy) did the voice for the animated Clayface.

Add This Original Piece of Art to Your collection
Posted by Unknown at 8:58 AM