This is my second year working with the Ltd Art Gallery in Seattle WA and it's already been a blast. The gallery teamed up with Emerald City Comic Con to put on this annual show themed around comic books, which is right up my alley!

Who doesn't like comics? Or better yet...who doesn't like superheroes? They're ingrained in the public consciousness. Captain America 2 just opened and is set to make $90 Million or more. So I was especially excited to participate in this show and I could think of no one better to tribute than the big two in comics: Superman and Batman. Superman turned 75 last year and this year it's Batman's turn, so naturally I thought of partnering them up together.

World's Finest 75 was the result and I'm pretty proud of it. From concept to completion, it was one of those ideas that flowed nicely from my noggin to my sketchbook and then to my computer screen. For this piece I had to put Superman in the foreground because Batman works great in this composition as a looming shadow for Superman to contrast off of.  I hope that DC Comics fans will enjoy it.

If you're in the Seattle area, head down to Ltd which is running the show till April 26th. This one and only Giclee print measures 16x20 and is available HERE. 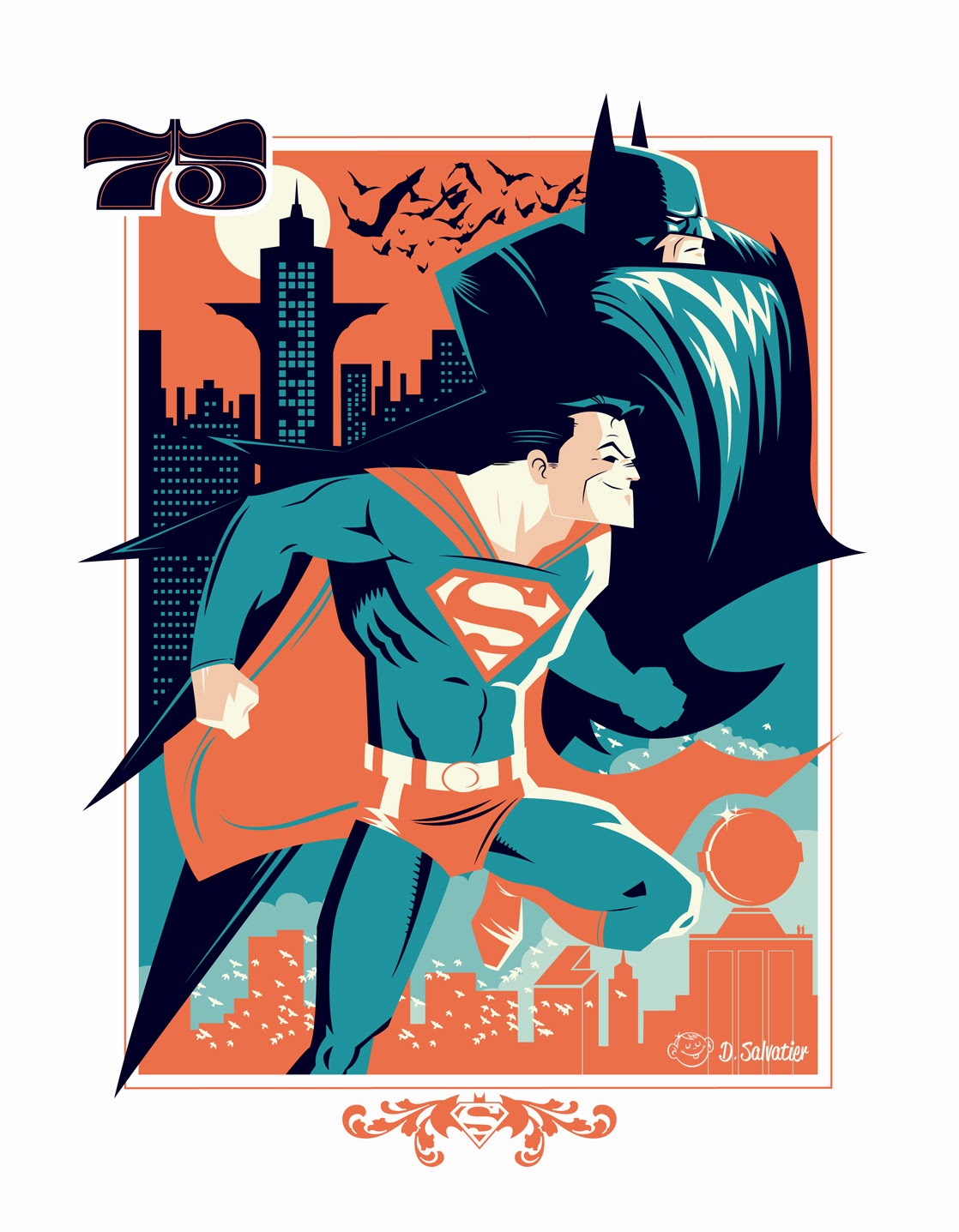