How I Lost My Way

Back in January of 2010, I lost my job and it was a giant kick in the nuts. I had only been married for less than two years and now had to inform my wife a second time, that I had been laid off. It was scary facing the unknown without a plan -- quickly doing what came naturally to solve my problem...emailing my resume. That faceless approach to solving my unemployment issues didn't bear any fruit for months, so I reevaluated and took wisdom from a billionaire duck's advice -- work smarter, not harder. 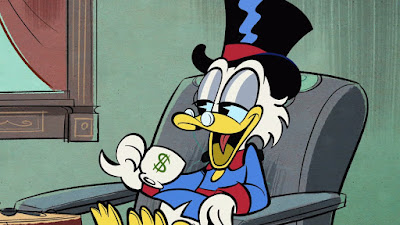 It soon became apparent, that trying to find a design job when so many others we're doing the same, was pointless. Instead, I decided to go into business for myself; something I always dreamed of doing but never had to nerve to do. Need is the mother of invention after all.

I decided that I wasn't going to sell my design skills as much as I had done in the past and instead focus more on illustration. By coupling that with my logo design background, I could stand out and make a small name for myself. I also got out from behind my computer and attended all kinds of mixers, creative and non-creative. I learned that spending $2000 to advertise in a creative directory was stupid, instead I reached out to podcasts I enjoyed and made them something nice as a thank you for their free entertainment. It always led to the hosts reaching out to me and mentioning my name and services on their show. I even got to be on a few podcasts as a guest and worked out a deal where I would get free spots in return for some design work.

When I wasn't working on paid work I was blogging weekly about my work experiences and working on personal projects. It earned the attention I was searching for and led to some great gigs. In 2012, I did the unthinkable and did my first DesignerCon, which also led to some great paid work and regular gallery work (which was strictly for fun). This isn't to say that there weren't any hard times. There absolutely was. I remember one instance where I was leaning against my bed and slumped down to the floor in defeat and asking God "why can't things just work out?". My wife was close by to hear me.

Being the oldest son of latino immigrant parents, it was incredibly hard to depend so much on my wife and not contribute as much as I would have liked to, but she was there for me through that time and I'm incredibly thankful to her for believing in me. After almost 4 years, my career was in a great place. I no longer needed to go hunting for work, the work came to me and I was being invited to do more gallery shows and gained a growing fan base through social media that allowed me to sell prints of my work.

So why was I feeling so shitty?

In a nutshell, I stopped taking my own advice. I lost my way. I wasn't working smarter anymore, I was simply working. A lot. And although the work was great and paid very well, I wasn't getting the personal satisfaction I once did. The fun, personal work became part of my schedule and took huge chunks of my time. Updating my social media outlets became work as well. It had become a beast that constantly needed feeding. I was essentially doing a creative version of keeping up with the Joneses. And I'm sorry to say, as a Father of a 21-month old son and husband, I was giving more importance to the superficial side of being a creative professional in today's world, than playing with my family.

I took 5 days off in San Diego with my family where I did nothing but rest and play. I did absolutely no creative work whatsoever. Instead I enjoyed watching my son experience Legoland for the first time, had late night dessert when we felt like it and did some swimming -- at one point having to jump out of the hot tub because Sebastian felt he was ready to dive into the deep end of the pool.

This time off allowed me to see how unhappy I was making myself checking and updating my social media all the time and taking on every project that came my way. I don't have to work on personal projects that feel like work and I don't need to take on every gallery show that gets offered to me. I have little time with my son before he realize how totally uncool I am. I need to take advantage of this time before it's too late. It's the best work I'll ever do and I'm glad that I finally got it through my thick head and decided to make some changes. I'm not saying there's anything wrong with the things that binded me, I just realized it wasn't fun anymore. And if something isn't fun then why the hell do it? It's time to rethink and revise. 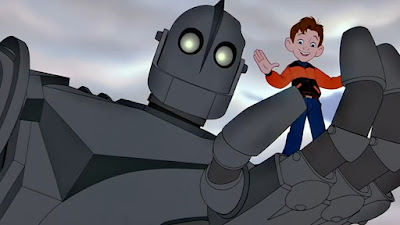 I choose to be a better Father. And although I'm sure some people may come across this post and have some thoughts on it, the real reason I wrote it was to make it real and declare it in black and white. Some tough days are ahead of me as I make strides to change my habits, but it'll be worth it for a better quality of life.

I make art, the art doesn't make me.